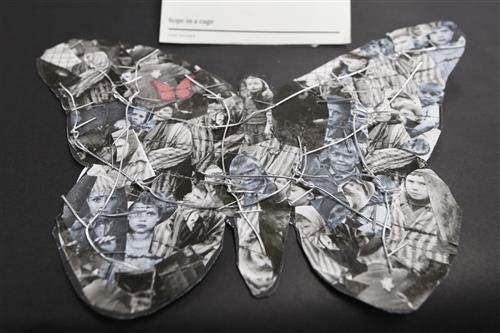 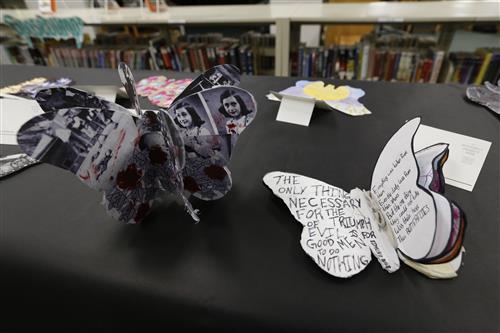 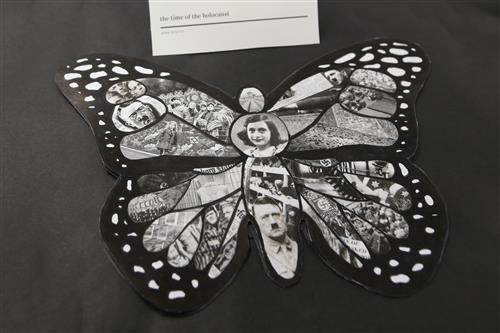 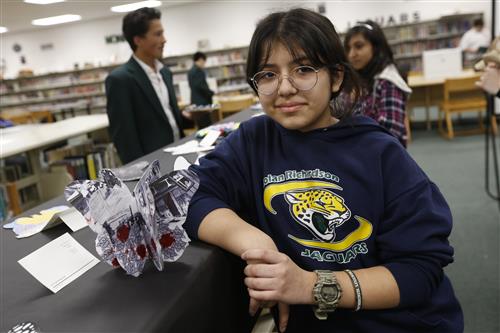 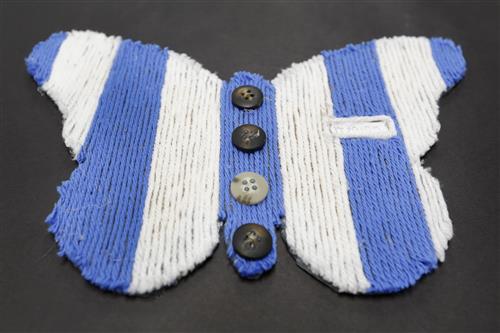 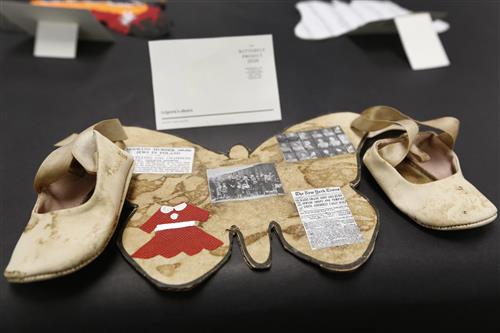 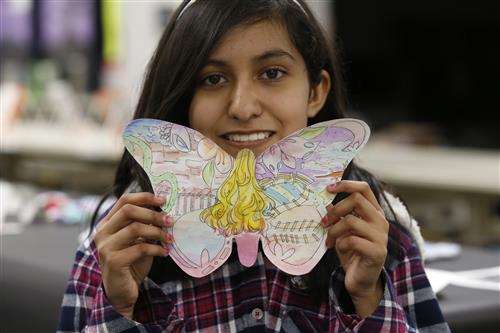 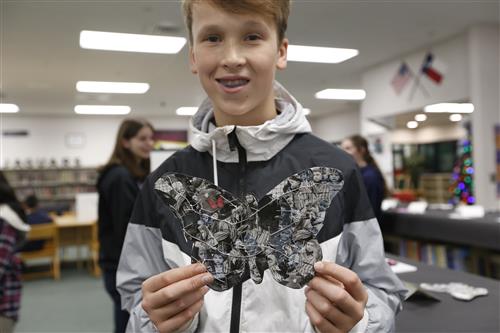 (RICHARDSON MIDDLE SCHOOL -- Dec. 6, 2019) — Richardson students took their feelings and thoughts regarding the Holocaust and turned into butterfly-shaped artwork that will soon be part of an important traveling exhibit.

The project gathers artwork in the shape of butterflies from around the globe in hopes of spreading awareness and preventing atrocities like the Jewish Holocaust. More than 1.5 million pieces will be part of the exhibit, including 70 works from Richardson students.

“I gave them the template and they did  what they wanted based on something that they learned, read, saw, studied about and whatever impacted them throughout this entire unit,” Smith said. “They got the meaning behind it to not let this happen again — at least not on their watch.”

Smith’s class read the “Diary of Anne Frank” and watched the movie prior to the project. Historic pictures, barbed wire, baby shoes, news stories and other materials cover the students’ butterflies. No two are alike.

“I think the overall theme was the journey that these concentration camp survivors went through and what the ones that didn't survive went through,” Smith said. “If you look at some of their butterflies, there's a childlike feature to it.”

Eighth-grader Desert Rain Martin boiled baby shoes and her template in coffee to give it an aged look.

“I thought it was fun but I was also sad and upset about all the children’s lives lost,” Desert Rain said. “They could have been the next person to solve different diseases or do something else great.”

She also incorporated a red dress in her butterfly to represent an inspiring story from a Holocaust survivor, who lost his sister in the Holocaust.

“The last thing he remembered was seeing his sister in her red dress,” she said. “I put a red dress on it to pay homage to his sister.”

Leilani Barron’s is the only three-dimensional piece.

“I did mine standing up because I wanted it to stand out,” she said. “This is a harsh subject. I wanted people to know how bad it was but that they can learn from it. I wanted to represent the innocent lives lost and how they were chosen randomly so I painted stars at random.”

The Butterfly Project, which began in 1996, is based a poem by Pavel Friedmann, a young Czech who wrote it while in the Terezin Concentration Camp.  He died in Auschwitz in 1944.

The poem represents the butterfly’s rebirth and transformation into new life and its symbol of freedom from oppression, intolerance and hatred. The display is presented in conjunction with The Holocaust and the United Nations Outreach Programme.

"The Butterfly Project represents the resilience of the human spirit and the power of hope to transcend hatred," said Dr. Kelly J. Zúñiga, CEO of Holocaust Museum Houston. "It's fitting that these butterflies debut at the United Nations because of our shared commitment to peace, cooperation and human rights."