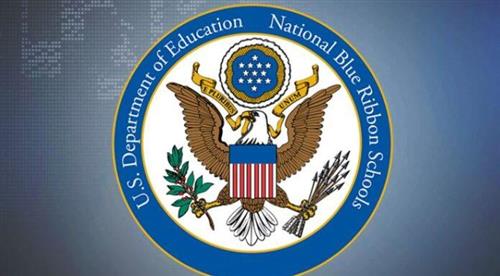 The virtual announcement was made this morning via a livestream that honored the 367 schools that met the requirements to receive the National Blue Ribbon.

This is the second Blue Ribbon for TMECHS and the first for Milam, a school that serves a large number of military-connected families.

“The fact that TMECHS is a receiving this coveted award for a second time affirms my belief that we are truly inspiring our students to reach their full potential and that we are preparing them for their next steps in life,” said Principal Barbara Brinkley-Lopez. “We are honored to share in this celebration with the Milam Elementary community, which is so deserving of this award as well.”

Milam Principal Wanda Johnson said the Blue Ribbon reaffirms the school’s motto of “We are Milam.”

“It is more than a motto. It is our call to action to serve the children of the men and women that defend our great nation,” she said, referring to the military parents at the school. “We will use this award to reinforce our unwavering commitment of serving every child that enters our doors.”

The National Blue Ribbon Schools Program recognizes public and private K-12 schools based on their overall academic excellence or their progress in closing achievement gaps among student subgroups. Every year the U. S. Department of Education seeks out and celebrates great American schools, schools demonstrating that all students can achieve to high levels.

The 2020 National Blue Ribbon Schools awards ceremony will not be held in personal as planned because of the COVID-19 pandemic. Instead, both schools will be recognized during a virtual ceremony Nov. 12-13.