Burges yearbook, newspaper among the best student publications of the last 100 years 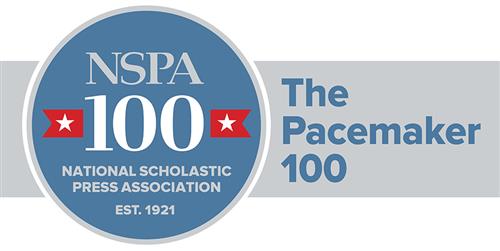 (BURGES HIGH SCHOOL June 1, 2021) — Burges’ yearbook and newspaper are among the country’s top 100 student publications in the country in the last 100 years, according to the National Scholastic Press Association —the country’s premiere organization for student publishing.

In celebration of its 100th anniversary the NSPA last week published the Pacemaker 100, a list of the 100 best student-operated publications in the country over the last century.

Burges’ Hoofbeats yearbook and Stampede newspaper were named to the list. They are the only El Paso publications to make the list. Burges is one of only eight Texas high schools to be honored.

“It was fun to reflect on the history of the award and to recognize the publications during the past century with a rich Pacemaker history — this is a remarkable achievement,” NSPA associate director Gary Lundgren said.

The list is named after the Pacemaker Award, considered the Pulitzer Prize of student publishing. NSPA compiled the Pacemaker 100 using a points system based on the number of Pacemaker awards each publication had received over its history.

The publications in the Pacemaker 100 list will be honored and presented awards during the NSPA centennial celebrations planed for the fall and spring Journalism Education Association and NSPA National High School Journalism conventions scheduled in November 2021 in Philadelphia and April 2022 in Los Angeles.